Wanda Williams, director of the doctor of nursing practice program and clinical associate professor at the Rutgers School of Nursing–Camden, has received a $15,000 seed grant from the Robert Wood Johnson Foundation to improve breast cancer outcomes among Black women in Camden and other underserved communities. A breast cancer survivor herself, Williams said her project, Reducing Breast Cancer Disparity of Black Women in an Environmental Justice Community, will identify and mitigate barriers to early detection.

“Once you go through this, you don’t want other people to go through it,” Williams said. “Screening is so, so important in diagnosing early.”

Although significant advances in early detection and treatment have reduced the overall breast cancer mortality rate, not all racial groups have benefitted equally. In the United States, Black women have the highest death rate from breast cancer of any racial or ethnic group and are significantly more likely to develop the disease before the age of 40. In the city of Camden, the mortality rate among Black females is 28.6 per 100,000, compared to white females at 20.5.

“Even though there has been a lot of change in the last few years with the Affordable Care Act, you still have to look at the fact that a woman — in our society, especially in lower income areas — is often the primary household person,” Williams said. “They can’t necessarily take time off from work to go for a doctor’s appointment or a mammogram screening. I saw that in my clinic.”

Williams said this funding will be used to facilitate and market focus groups to Camden residents — including women who have and have not experienced breast cancer — to further identify these structural barriers as well as some of the “fears, attitudes and myths,” surrounding mammograms. The next step, she said, is to work closely with focus group participants to design solutions and implement them with local health care providers.

Funded by the Robert Wood Johnson Foundation and administered by the Institute for the Study of Global Racial Justice at Rutgers University, the Black Bodies, Black Health project brings together cross-disciplinary groups of experts to explore and unpack structural racism with the goal of creating equitable health outcomes. Williams and all other grant recipients will participate in a series of workshops and writing retreats that build critical thinking, writing and analytical skills to support their research and prepare them to have complex conversations around race as a determinant of health equity.

Mei Fu, senior associate dean of nursing research at Rutgers–Camden, said this project will lay the foundation for the nursing school’s burgeoning research enterprise while strengthening ties with community stakeholders. Eventually they hope to expand this research nationally.

“This pilot research is an outstanding example of building blocks for the School of Nursing’s research enterprise, which strengthens our pillars for research and innovation of enhancing health quality and equity in diverse communities,” Fu said.

Donna Nickitas, dean of the School of Nursing–Camden, said this research could effect change on a local and regional level.

“This grant represents tremendous strides in our mission to build a multidisciplinary and collaborative research enterprise within the School of Nursing,” she said. “We look forward to working with Camden residents, health care leaders and other community partners to transform how screenings are accessed in Camden and beyond.” 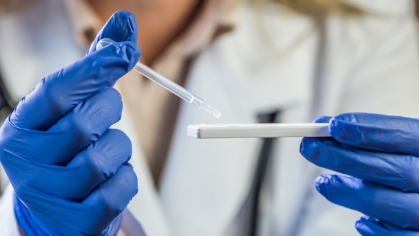 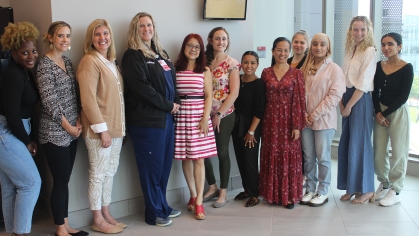 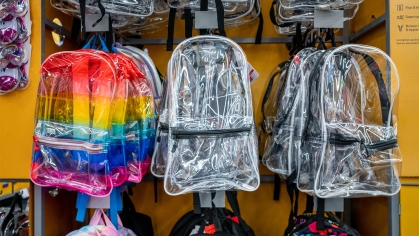