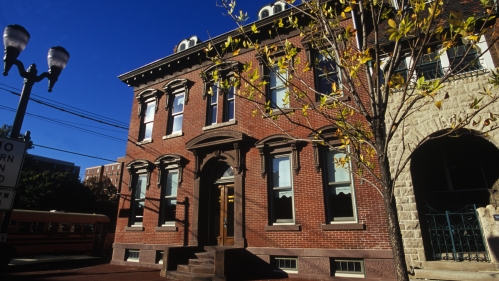 Office of the Chancellor

The Office of the Chancellor leads Rutgers–Camden in efforts large and small to advance the campus; meet the needs of students and faculty; develop innovative and appropriate programs; and forge partnerships to improve the quality of life in Camden and the Delaware Valley.

Before joining Rutgers University–Camden, Antonio D. Tillis served as interim president of the University of Houston–Downtown, a comprehensive urban institution offering more than 50 degree-granting programs and serving more than 15,000 students. In this capacity, he worked collaboratively to promote student and faculty development, engage the community, and advance the strategic vision for the second-largest campus in the University of Houston system.

Also at the University of Houston, he served as dean of the College of Liberal Arts and Social Sciences, the largest of the 15 academic and professional colleges at the university. Under his leadership, the reputation and resources of that school grew significantly. He successfully led a $60 million fundraising campaign while developing new opportunities for student learning experiences and creating partnerships with community organizations in the city and throughout the region. He increased student scholarships, recruited and retained nationally known faculty, created an infrastructure to nurture the research profile of the school, and greatly expanded outreach to the city by launching such programs as the Dean’s Mayoral Summer Internship and a mobile unit to deliver social and health-related services in the community.  The University of Houston in 2017 named Tillis as the M.D. Anderson Professor in Hispanic Studies.

Tillis, who is fluent in Spanish and Portuguese, is a noted scholar in the field of Afro-Hispanic studies. He was awarded a Fulbright Fellowship to Brazil in 2009, and he has presented his scholarship at lectures and conferences across the United States and around the world. He is the coeditor of several books, including The Trayvon Martin in ‘US’: An American Tragedy (Peter Lang, 2015), The Afro-Hispanic Reader and Anthology (Randal Publishing, 2018), and Critical Perspectives on Afro-Latin American Literature (Routledge, 2012). He has served as editor of the journal Publication of the Afro-Latin/American Research Association, as coeditor of the Afro-Hispanic Review, and as associate editor of the International Journal of Comparative Literature and Translation Studies.

Prior to the University of Houston, Tillis served as dean of the School of Languages, Culture, and World Affairs at the College of Charleston in South Carolina, where he instituted numerous initiatives, including the Wells Fargo International Scholarship for Study Abroad for low-income, in-state students; the Dean’s Collaborative Interdisciplinary Summer Research Award for International Engagement; and the Summer International Internships for students in India, Brazil, and Ghana. Previously, Tillis chaired the Department of African and African American Studies at Dartmouth College and served as the inaugural director of the Latin American and Latino Studies Program at Purdue University, where he received the 2007 Faculty Scholar Award.

In 2018, Tillis was selected as one of 30 national participants for the Joint Civilian Orientation Conference hosted by the U.S. Secretary of Defense. He also has served on numerous boards, including Houston Habitat for Humanity, the Houston Arts Alliance, the International African American Museum in Charleston, and the Hemispheric Institute for Performance Studies. He is a founding board member of the International Institute of Critical Pedagogy and Transformative Leadership.

He enjoys performing as a lyric baritone and collecting contemporary art from West Africa, Cuba, Brazil, and the United States.

Learn more about Chancellor Antonio D. Tillis as a leader in higher education.

The following five-year strategic initiative plan, "15 in 5", focuses on fifteen Chancellor-level competitive grants and awards to advance the student educational experience and to support the advancement and development of faculty and staff.

Messages from the Chancellor

Communications to students, faculty, and staff related to the campus.

Office of the Provost

Learn about the chief academic officer for Rutgers–Camden.

Role of the Chancellor

The chancellor operates as the chief executive of Rutgers University–Camden, serving as a leader both on the Camden campus and in the surrounding region.

The chancellor has direct responsibility for the daily administration of a campus that enrolls more than 6,500 students in 39 undergraduate programs and 28 graduate programs at the master’s and doctoral levels. The southernmost of three regional campuses that comprise Rutgers, The State University of New Jersey, Rutgers–Camden is located across 40 acres in the Camden Waterfront District, in the very heart of the metro Philadelphia region.

The chancellor is the chief executive officer of Rutgers University–Camden, overseeing 1,100 employees and an annual budget of more than $173 million. The chancellor reports to the Rutgers president and is a member of the president’s cabinet and a key member of the university’s executive team. The chancellor plays a leadership role in the revitalization of Camden and serves as an important partner with other institutions and businesses in promoting the economic, social, and cultural development of the fastest-growing region in New Jersey.

As chief academic officer, the chancellor is responsible for maintaining and advancing the national stature of the campus and of its faculty. The chancellor ensures that the needs of undergraduate, graduate, and professional students are effectively met; encourages the development of strong programs of research; works with the deans to recruit and develop outstanding faculty; and serves as primary spokesperson for the campus. The chancellor brings together faculty from various disciplines and other institutions in scholarly initiatives that benefit the campus, its academic programs, and its host region of which it is a part.

As a member of the president’s cabinet and a key member of the university’s leadership team, the chancellor works collaboratively across Rutgers to advance the Rutgers–Camden campus and the entire university.

As chief budget officer, the chancellor is responsible for the campus’s annual budget. He or she works within an enrollment-driven budgeting environment and aims to enhance state and tuition revenues by developing innovative and appropriate programs.

As the primary representative of Rutgers to the southern New Jersey community, the chancellor takes the initiative in forging partnerships with public and private institutions in the region and spearheading the campus’ efforts to improve the quality of life in Camden and the Delaware Valley

The following five-year strategic initiative plan, “15 in 5”, focuses on chancellor-level competitive grants and awards to advance the student educational experience and to support the advancement and development of faculty and staff. The goal is to implement and sustain these initiatives within five years. The strategic initiatives align with the core mission and values of Rutgers University-Camden as an urban research institution dedicated to excellence and committed to community.

The Chancellor’s Learning Abroad Course Scholarship seeks to aid students in international discovery by providing financial support for short-term travel that is a part of regularly offered semester-based courses. The goal is to augment classroom instruction with cultural experiential learning opportunities outside the United States. Ultimately, the scholarship’s goal is to fund international opportunities that will inspire and equip students with the knowledge and skills necessary to navigate and engage effectively with global communities to become culturally aware citizens. 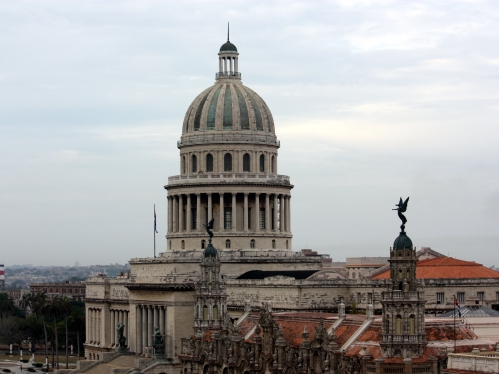 The Chancellor’s Distinguished Visiting Scholar program purposes to provide a residency opportunity for distinguished scholars and artists of exceptional accomplishment to engage our university community and that of the greater Delaware Valley. The invited scholar must be one who has a distinguished record as a thought leader, nationally and internationally, in any disciplinary area within Rutgers University–Camden. The tenure of the invited guest is determined by the selected academic unit, institute, or center, not to exceed one-academic year. The minimum in-residence requirement, however, is two consecutive weeks.

The Chancellor’s Mayoral Internship Program is a five-year partnership between Rutgers University–Camden and the City of Camden Office of the Mayor. The summer internship program is designed to afford five selected students the opportunity to work in municipal government in five priority areas identified by the sitting Mayor. Students selected for the internship program will gain service-learning experience, participate in community outreach, and build professional networks for potential careers in public service. The internships will allow Rutgers–Camden students to spend eight weeks working alongside local city government officials each summer. 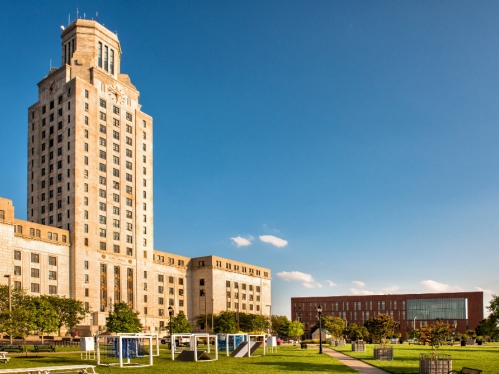 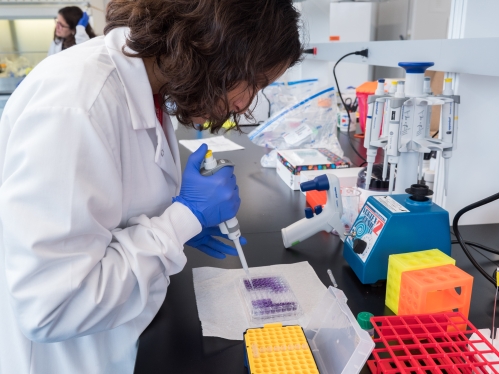 The Chancellor’s Grant for Post-Doctoral Studies will support an annual post-doctoral student in any academic department, center, or institute at Rutgers–Camden. If awarded to an academic center or institute, there must be accompanying support from a collaborating academic department. Academic units may apply for this opportunity with the understanding that the selected post-doc will enhance the research, teaching, and mentoring mission of our institution. 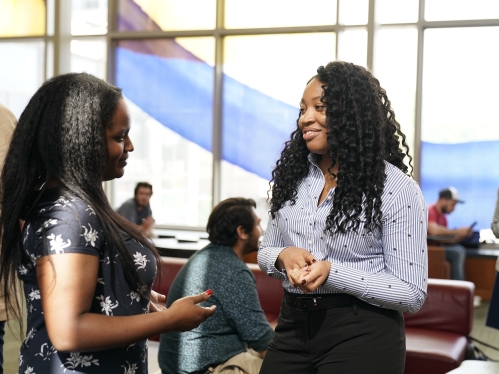 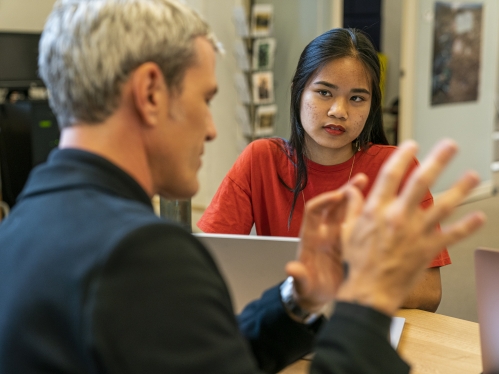 The Chancellor’s Grant for Independent Student Research intends to support student involvement in independent research under the direction of a faculty mentor. The program encourages the students’ experience in defining objectives and selecting methodologies appropriate for original research in their chosen field of study directed by a faculty member. 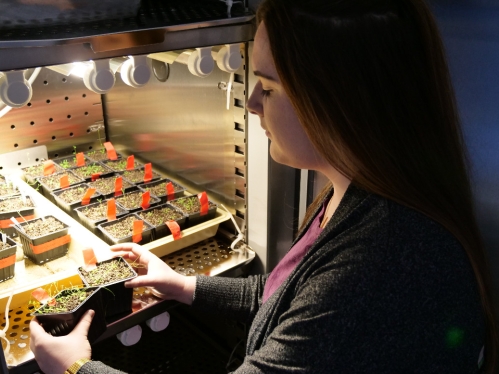 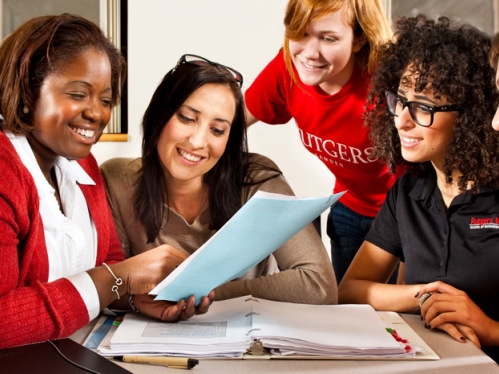 The Chancellor’s Grant for Pedagogical Innovation promotes excellence and innovation in classroom instruction. These funds are for departmental/center use for the purpose of piloting an exploratory course that will enhance curricular offerings. Proposals must come from department, center, or area chairs. The intended course must reflect pedagogical innovation. This grant is not intended for individual faculty new course development. 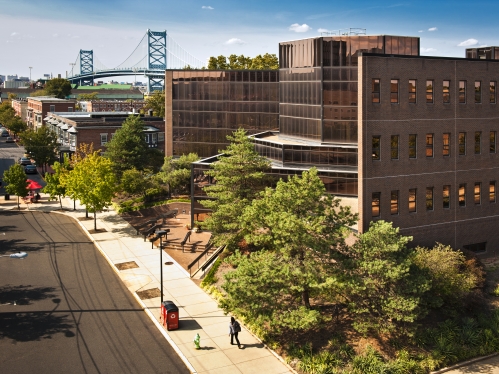 The Chancellor’s Grant for Assistant Professor Research Development provides a limited number of mid-sized awards to Rutgers University–Camden untenured faculty members. These grants support projects where the aim is to build upon solid preliminary data already generated by the Investigator where additional research effort is now critical to pivot for external funding competitively. They are also intended to support single-authored research in preparation for journal submission. Assistant Professors are encouraged to apply before the tenure and promotion review year. 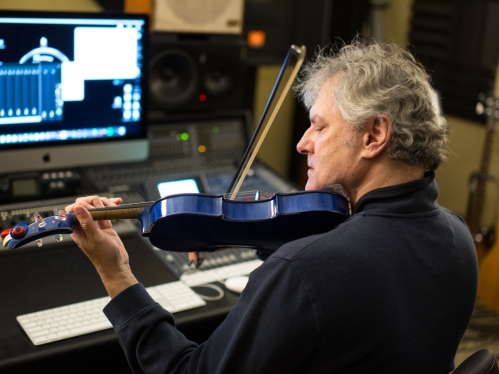 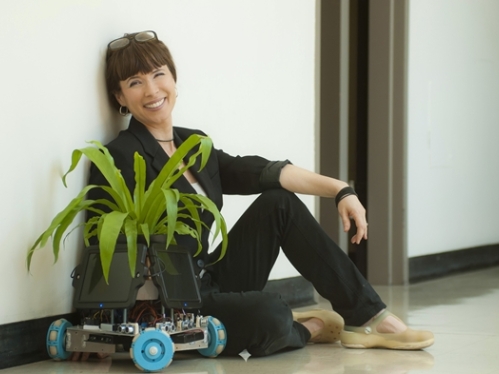 The Chancellor’s Lecture Series on Global Racial Reckoning and Civility strives to provide timely and ongoing conversation with scholars and activists on trending topics, domestic and global, that challenge and amplify our understanding of global civility and humaneness. Topics include conversations on racism, discrimination, classism, xenophobia, sexism, homophobia, transphobia, and others that challenge our vision of a beloved community, at home and/or abroad. Invited guests will engage multiple communities on campus and will give a public lecture for the campus community and the greater Camden community. 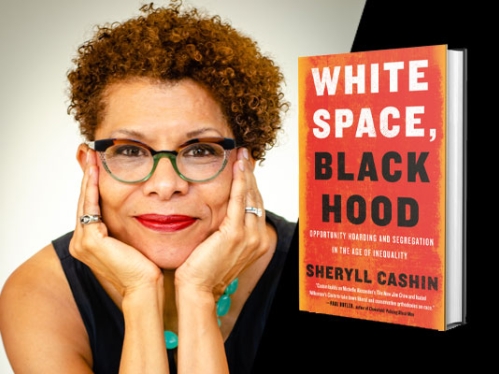 The Chancellor’s Research Grant for Part-Time Lecturers (PTL) provides funding to support the research efforts of part-time faculty. Award can be used to purchase needed materials to advance a research project or a grant. The department chair and dean must support the applicant’s proposal. 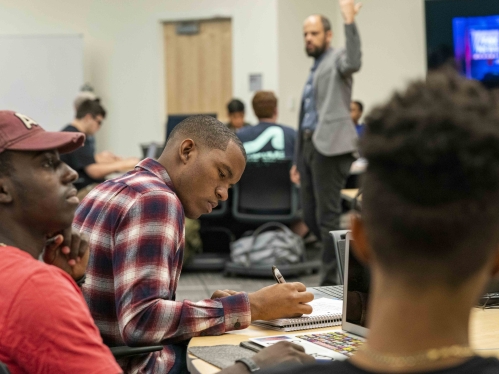 The Chancellor’s Faculty Book Completion Grant is awarded to assistant and associate professors to assist with completing an accepted book manuscript that is in the final editing phase before submission to the press for production. This award is not for advance contracts for book-length projects. Faculty must have written proof from the press that the manuscript is in the final completion phase before going to production. The grant may be used for a course buy-out to provide needed time to focus on the manuscript completion. 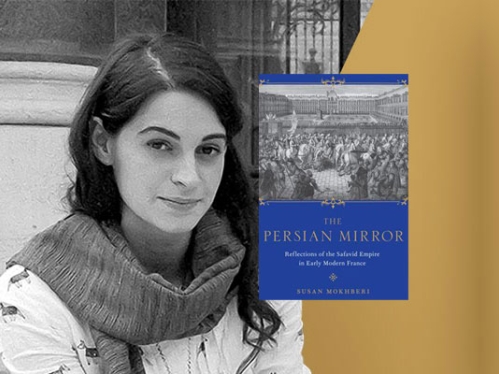 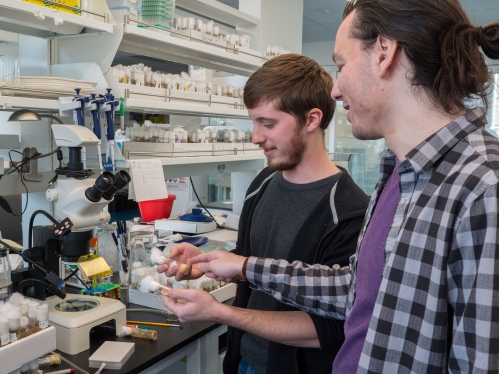 Rutgers–Camden is rightfully recognized for the extraordinary research and teaching achievements of its faculty, and for the dedication, focus, and entrepreneurial spirit of its students. It is equally true that staff at Rutgers–Camden consistently set new standards for excellence at every level on a daily basis.