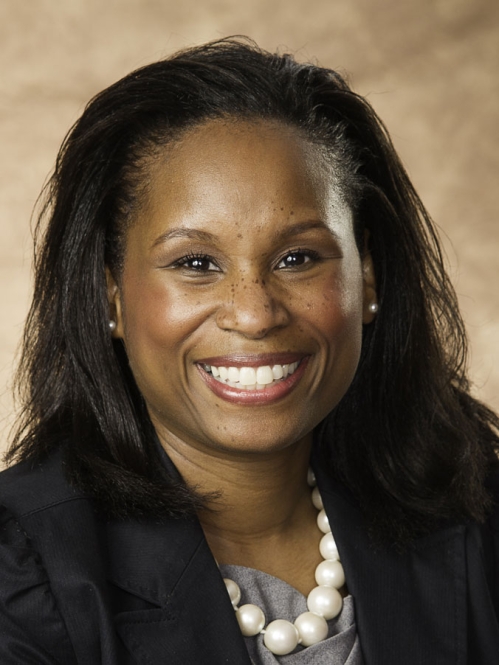 Nyeema C. Watson is the vice chancellor for diversity, inclusion, and civic engagement at Rutgers University–Camden, where she oversees efforts to build an inclusive campus community while connecting the resources of the university with communities in Camden and across southern New Jersey.

Working with students, faculty, and staff, Watson leads campus efforts to establish diversity, equity, and inclusion as key institutional values in recruitment, retention, the curriculum, and civic and community engagement. She serves as Rutgers–Camden’s liaison to the office of the university’s Senior Vice President for Equity as Rutgers embarks on the development of a universitywide diversity strategic plan.

The Office of Civic Engagement focuses on engaged civic learning, volunteerism and service, community-based research, and integrated partnerships focused on addressing local issues. Under her leadership in this area, Rutgers University–Camden has become nationally recognized as a leader in the field of civic engagement by the Carnegie Foundation for the Advancement of Teaching with the university receiving the Community Engagement Classification, as well as honors from the Washington Center and New York Life Foundation, and the President’s Higher Education Community Service Honor Roll.

Annually, the Office of Civic Engagement leads efforts that contributed more than 432,000 hours of community service in and around the city of Camden, impacting the lives of nearly 11,000 Camden residents. More than half of the student population of Rutgers–Camden participates in civic engagement as part of a credit-bearing academic experience with most students contributing 20 hours or more to service. Two major programs under her direction include Rutgers Future Scholars, a pre-college program aimed at increasing the number of students from Camden city schools who attend and graduate from college by providing tuition scholarships to students who are admitted to Rutgers, and the Rutgers Camden Schools Partnership.

Through Rutgers Future Scholars, the university supports 250 students in grades 8 through 12 with year-round academic, social, and personal support to assist in their transition to college. Since its inception, the program has sent more than 130 Camden students to college at Rutgers University and beyond. The Rutgers–Camden Schools Partnership serves more than 400 students in grades 4 through 8, as well as their families, in schools in the East and North Camden neighborhoods using a university-assisted community schools approach. Working in collaboration with the school leadership, staff, families, and community organizations, the program seeks to increase student achievement by providing an integrated system of partnerships that promote academic success, support positive social and emotional development, and engage families and community members in an effort to strengthen Camden neighborhoods.

Watson began her career as a career counselor at the University of Pennsylvania and then shifted her focus to education policy at the New Jersey Department of Education. At the Department of Education, she was responsible for managing state and federal grants, research, and policy analysis. She was the program officer for the New Jersey 21st Century Community Learning Centers Program, at the time a $12.75 million program that provided grants to support expanded academic enrichment opportunities during out-of-school hours for children attending low-performing schools.

In 2012, Watson was one of 15 fellows selected nationwide for the inaugural White-Riley-Peterson Policy Fellowship. This opportunity allowed her to study after-school and expanded-learning policy and work in partnership with the New Jersey Statewide Afterschool Network, funded by the C.S. Mott Foundation, to develop a state-level policy plan focused on increasing the quality of school-based out-of-school time programs in New Jersey.

Watson serves on the boards of several nonprofit organizations, including as chair of the Center for Family Services, a nonprofit human service agency dedicated to improving the lives of children and families in southern New Jersey. She served on the Camden City Public Schools Board of Education from 2006-09, a position that she was appointed to by Acting Governor Richard Codey and then re-appointed by Governor Jon Corzine. While on the board, Watson was elected as vice president and served as the chair of the curriculum committee. Her commitment to Camden and serving others has been honored by the United Way of Greater Philadelphia and Southern New Jersey, Kappa Alpha Psi Fraternity Inc., the Anointed News Journal, and others.

The Office of Civic Engagement focuses on engaged civic learning, volunteerism and service, community-based research, and integrated partnerships focused on addressing local issues. Under Watson’s leadership in this area, Rutgers University–Camden has become nationally recognized as a leader in the field of civic engagement by the Carnegie Foundation for the Advancement of Teaching with the university receiving the Community Engagement Classification, as well as honors from the Washington Center and New York Life Foundation, and the President’s Higher Education Community Service Honor Roll.